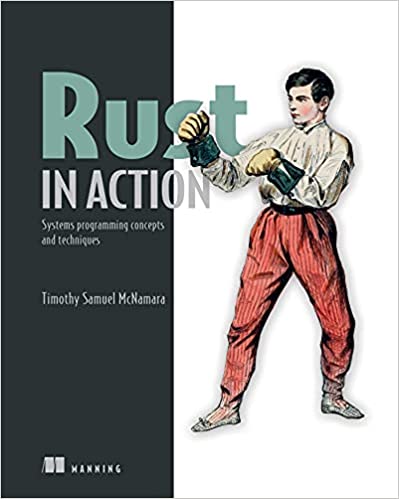 Rust is a new systems programming language that gives you the low-level power of C with the elegance and ease of languages like Ruby and Python. Rust is thread safe, enabling “fearless concurrency”.

Rust in Action introduces the Rust programming language by exploring numerous systems programming concepts and techniques. You’ll be learning Rust by delving into how computers work under the hood.

You’ll find yourself playing with persistent storage, memory, networking and even tinkering with CPU instructions. The book takes you through using Rust to extend other applications and teaches you tricks to write blindingly fast code. You’ll also discover parallel and concurrent programming.

Tim McNamara is an experienced programmer with a deep interest in natural language processing, text mining, and wider forms of machine learning and artificial intelligence. He is very active in open source communities including the New Zealand Open Source Society.